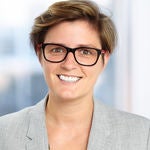 Prior to law school, Catherine spent 10 years working for a national promotions company. As their Director of Franchise Operations, she observed employment issues at various levels from both the employer and employee perspectives. Seeing the toll these matters took on employees who were spending more time at work than they did with their families motivated Catherine to pursue a law degree and career in employment law.

While in law school, Catherine participated in Emory's Civil Rights and Liberties Moot Court Competition on a quarterfinalist team, and then returned to coach her team to the semi-finals the following year. She was chosen to be a member of Bleckley Inn of Court, an Honor Court Prosecutor and Justice, served on the board of the College of Law's Association of Women Law Students and Phi Alpha Delta chapter, and was a member of OUTLaw.

In addition to a prior employment law clerkship, Catherine also served as a legal intern for DeKalb County District Attorney's Public Integrity and White Collar Crime Units, including working on a high-dollar RICO case.

In her free time, she serves on the Advisory Board for PAWS Atlanta, where she helps raise money for the shelter and gets to bathe the occasional puppy.