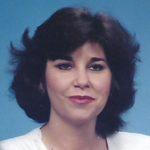 Ronda Hobby has been with Barrett & Farahany since 2016, and she is the Managing Attorney for the firm's Case Evaluation Team. During 30 years of practicing law, Ronda Hobby has always believed that society should have a fair and equitable system that works for the greater good of all our citizens. Ronda believes that can be achieved through good laws backed up by impassioned people willing to fight to make sure that those laws are interpreted and enforced for the benefit of everyone. Ronda fights for the greater good on behalf of her clients and strives to help them in any way she can. She has a passion for employment law because of her desire to help people.

Ronda earned her law degree from Georgia State University and earned a Bachelor of Science in Public Administration, Political Science and Criminal Justice from Georgia College.

Ronda has been active in several civic organizations by serving on the board or by being an active member. The organizations she has served include the State Bar of Georgia, Western Circuit Bar Association of Georgia, Humane Society, Rotary Club, Elks Club, Utility Club, Habitat for Humanity, and the Methodist Church.

In her spare time, Ronda enjoys playing tennis, gardening and spending time with her family and pets.