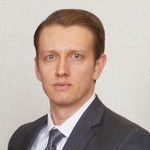 Anton Sorkin joined Barrett & Farahany as an associate attorney in 2017. Anton graduated from the University of Texas in San Antonio in 2012 with a B.S. in Civil Engineering and a minor in Russian.

Anton attended law school at Regent University and earned his Juris Doctorate in 2015. While at Regent University, Anton worked on various projects in: employment law with the National Right to Work Legal Defense Foundation; international law with the Center for Global Justice, Human Rights, and the Rule of Law; and, the First Amendment with various national and international non-profits. He also served as article acquisitions editor for the Regent Global Justice and Public Policy Journal.

Anton later attended Emory University and earned his LL.M. studying law & religion while serving as a research assistant with Professor Mark Goldfeder and the Center for the Study of Law & Religion. He competed in moot court at national and international competitions. He participated in drafting papers presented at the United Nations and amicus briefs filed before state and federal courts.

Anton is currently a doctoral candidate at Emory University and a licensed attorney.