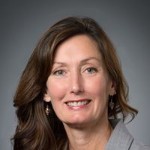 Donna M. Swilley began working with Barrett & Farahany in 2019. She is a Georgia native who has practiced law in the metro-Atlanta area for the past 30 years. She began her legal career after graduating from the University of Georgia School of Law. Ms. Swilley's primary practice areas have included business law, personal injury, workers' compensation and social security disability. Ms. Swilley is admitted to practice in the Georgia Supreme Court and the US District Court for the Northern District of Georgia. Ms. Swilley resides in Conyers, GA where she served many years as an Associate Magistrate Judge in the Magistrate Court of Rockdale County.

In addition to practicing law, Ms. Swilley has served as a volunteer lawyer, providing advice through Rockdale County's Family Law Information Center. She also serves on the Managing Board of the Newton County Masters Special Olympics Equestrian Team.

We Do Things Differently.