What You Need to Know About Sexual Harassment in the Workplace 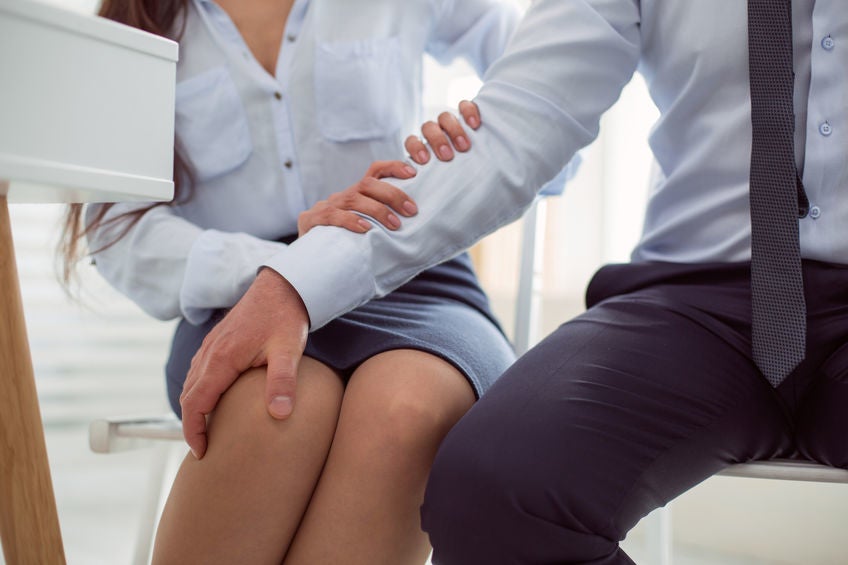 Unfortunately, not everyone has accepted the severity of this movement. It's not uncommon for women who report sexual harassment to be called dramatic, attention-seeking, or untruthful. Fear of these reactions stops many victims from speaking up, which ultimately robs them of a safe work environment and the justice they deserve. Their situation becomes even more problematic when the harassment comes from a superior. To make matters worse, these women also worry about retaliation from their harasser or employer.

Knowledge is the best resource to combat these fears and empower victims to take action. Learn what constitutes workplace sexual harassment, how you are legally protected, and the next steps you should take immediately after any event that could be considered harassment has taken place.

What Constitutes Sexual Harassment in the Workplace?

Sexual harassment in the workplace is not only grossly inappropriate, but it's actually a form of discrimination. The act includes (but is not limited to) unwelcome sexual advances and requests for sexual favors, whether they be verbal, physical, or both. While general mild flirtation is not prohibited by law, any remarks or actions with a sexually offensive nature can be the basis of a “good faith” complaint to an employer that is legally protected from retaliation.

There are two primary forms of sexual harassment:

Can My Employer Retaliate Against Me for Filing a Sexual Harassment Claim?

Retaliation usually takes the form of demotion, threats, or termination. It is based on fear – when a manager or the company itself is backed up against a wall, they may use power to make the problem go away. The easiest solution is to push the whistleblower out of the organization, but the law is on your side.

Federal regulations make it unlawful for an employer to retaliate against a worker who tries to oppose or remedy sexual harassment in the workplace, refuses to engage in unlawful behavior, or blowing a whistle on company misconduct.

What Do I Need to Prove that I Have Been Sexually Harassed at Work?

Each case of sexual harassment is different as there are many factors affecting the situation. However, there are certain types of information that can help strengthen your case:

If you are feeling uncomfortable about an interaction, it's possible you have experienced some form of sexual harassment. An Employment Law attorney can help you identify grounds for legal action or a complaint with the EEOC. Contact us today to speak with one of our employment law attorneys who can help you find the best course of action moving forward.