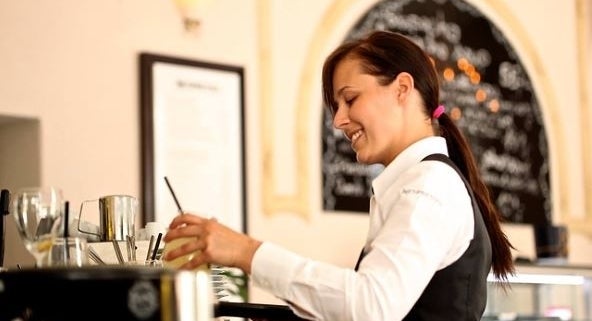 Last time, we talked about sexual harassment in the medical field and the dire need for reforms to give female health professionals a safer work environment. This time, we turn our attention to another industry that is in badly need of reform; the food and beverage/hospitality industry. For as long as there have been bars, restaurants, hotels, and resorts, owners of many of these businesses have used a sexual undertone to attract customers.

Discriminatory hiring practices are rampant in this industry. For example, how many male waiters or female waitresses over the age of 40 does Hooters hire? Hooters is not alone, however. These same preferences are used openly by casinos in Nevada, Atlantic City, and on reservations when they are considering who to hire as cocktail waitresses to serve drinks to their patrons. So, given the atmosphere in many establishments that serve food and drinks, it comes as no surprise that sexual harassment has become ingrained into the culture.

How bad is the problem? According to the Harvard Business Review, more sexual harassment claims in the United States are filed by hospitality industry workers than by workers of any other industry. It is estimated that as many as 90% of women and 70% of men who work in this industry have reported experiencing sexual harassment.

While the #MeToo movement has helped shine the spotlight on the widespread sexual harassment and assault among members of the media, movie industry, politicians, and other high-profile professions, very little attention has been given to the issues hospitality workers routinely have to deal with.

USA Today offers some additional insights into why sexual harassment seems to be more accepted in the food and drink industry:

Another issue that makes sexual harassment such a widespread problem within the hospitality industry is that, like in the medical field, workers are often harassed by customers. In fact, customer-based harassment accounts for a large percentage of sexual harassment claims in the industry.

What Can be Done About Sexual Harassment in the Hospitality Industry?

There are many steps that need to be taken in the food and beverage industry to effectively address the problem of sexual harassment. Here are a few of the most important:

Harassed in the Workplace? Contact Our Experienced Alabama Employment Lawyer

If you have experienced sexual harassment as a hospitality industry worker or a worker in any other industry, it is important to speak with a skilled attorney, so you fully understand your legal rights and options. Attorney Kira Fonteneau has over 13 years of experience aggressively advocating for working people in Alabama. Kira was recently appointed president of the American Civil Liberties Union of Alabama, and she has a successful track record obtaining justice for those whose civil rights have been violated in the workplace.  For a consultation with attorney Fonteneau, call our office today at (404) 383-5720. You may also send us a message through our online contact form.