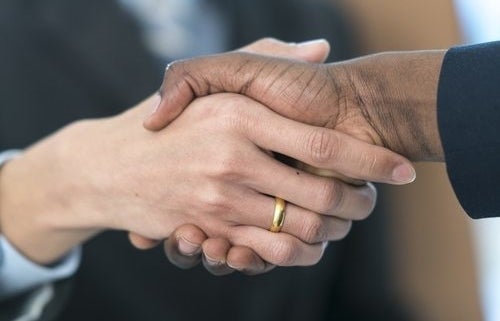 Each year, tens of thousands of racial discrimination complaints are filed against employers throughout the country. Under federal law, employers with 15 or more employees are not allowed to discriminate on the basis of race or any other protected class. Sadly, more than a century and a half after the civil war, minorities still do not receive equal treatment in the workplace.

Last year, KSDK News St Louis reported on a study that uncovered years of racial discrimination at one particular government agency; the National Geospatial Agency (NGA). The internal study that was ordered by the NGA found that African-American employees had a harder time getting promoted within the agency than their white counterparts.

Carla Greene was an African-American employee who worked at the agency for 8 years. For the first couple of years, she was climbing up the ladder. But after a while, it all stopped. No matter the quality of her work, she noticed that she was not advancing within the agency while many of her coworkers were.

“I would see other equivalent co-workers that started off as the same rank as I did, but then they were somehow promoted into a higher position,” Greene said.

Greene asked for feedback from her supervisors about what she needed to do to be promoted to a new position. She received none. She also noted that others seemed to be receiving unofficial mentoring that she did not have access to.

The agency's own internal study helps explain why this might have been happening. The study found that NGA supervisors had what is known as an “unconscious bias”. African-American employees received less honest feedback, less training, and fewer networking opportunities. During the past several years, NGA workers have filed dozens of discrimination complaints against the agency.

Unfortunately, the numerous EEOC complaints, investigations, and hearings each year show that the widespread racial discrimination that was occurring at the NGA is far from an isolated incident. Federal, state, and local government agencies need to do far more to clean up the inherent bias that seems to exist within their agencies. And those who have been subjected to race discrimination and other forms of discrimination as government employees should take steps to hold governments accountable for their actions.

Employment discrimination is not the only area in which government agencies are falling short. Access to public services is another major obstacle in addressing racial inequality. A few years ago, a team of economists conducted an email correspondence study by sending out over 19,000 emails to libraries, school districts, sheriff's offices, treasurers, county clerks, and job centers throughout the country.

Half of the emails were sent using African-American sounding names (DeShawn Jackson or Tyrone Washington), and the other half with white-sounding names (Greg Walsh or Jake Mueller). The emails requested basic information such as “how do I register my child for school?” or “what hours are you open?”.

The study found that the emails with the African-American sounding names were 13% more likely to go unanswered, and those that were answered were less likely to have a cordial tone. This difference appeared in all regions throughout the country, and it was large enough to conclude that it was statistically unlikely that it happened by pure chance.

Local government agencies play a major role in providing equal access to essential public services such as housing, and employment opportunities. Racial discrimination within these public agencies is clearly a widespread problem that public policy makers need to do far more to address.

Racial discrimination, whether it happens as a government employee or when trying to access essential public services, is illegal. If you believe you have been a victim of race discrimination, it is in your best interest to speak with an experienced attorney to discuss your legal rights and options. Contact attorney Kira Fonteneau at (404) 383-5720 for a free and confidential consultation or send us a message through our online contact form.