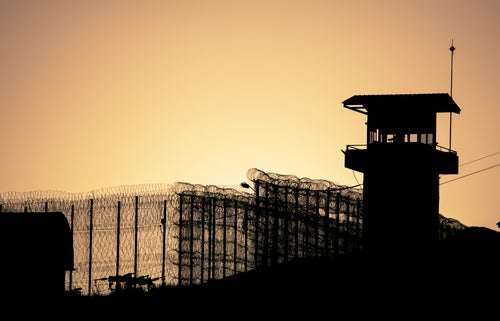 Prison can be a very frightening place. Most prisons are overcrowded, and there is often rampant violence among inmates, which can cause those inside sink into utter despair. In this type of environment, it is very easy for those in authority to become corruptive and engage in abusive behaviors toward inmates.

Alabama has certainly seen its share of corruption and abuse in state prisons over the years. In 2017, five prison guards were arrested by the Alabama Department of Corrections on charges that they were using their positions of power for personal gain. The five men were involved in a bribery scheme in which they smuggled in drugs and cell phones to inmates in exchange for inmates creating online accounts to illegally purchase items for the officers. This is just one of numerous corruption scandals that has plagued the state prison system.

As bad as these bribery and corruption scandals are, they pale in comparison to the widespread guard misconduct and abuse that happens in Alabama prisons. Last year, a former north Alabama jail guard was charged with criminal misconduct after allegedly being sexually involved with one of the inmates. But this is just the tip of the iceberg. Countless Alabama prison inmates are physically and sexually assaulted by guards each year, prompting a statewide investigation by the US Justice Department into unconstitutional conditions and practices in state prisons several years ago.

Two facilities that have been under intense scrutiny for notorious misconduct and abuse in recent years are St. Clair Correctional Facility in Springville and Julia Tutwiler Prison for Women in Wetumpka. Saint Clair Correctional Facility has had a long history of dangerous conditions and high rates of violence. In 2014, the Equal Justice Initiative (EJI) filed a class action lawsuit against the facility over their failure to address these conditions even after six homicides occurred in the preceding 36 months.

The EJI's investigation revealed mismanagement, unprofessional conduct, and frequent verbal and physical abuse on the part of some prison officers, including a number of high-ranking supervisors. In 2017, the Alabama Department of Corrections reached a settlement with the EJI in which it agreed to implement various reforms in an effort to more effectively manage the prison and reduce or eliminate the incidents of violence.

Unfortunately, within a year after the settlement, it was reported that violent incidents still occur all too frequently in the facility. In fact, as of December 2018, three prisoners had been killed and one guard assaulted since the settlement was reached.

The Julia Tutwiler Prison for Women became the subject of a formal inquiry by the Civil Rights Division of the Department of Justice in 2013 following a complaint filed by the EJI. The EJI found that there was widespread sexual abuse occurring at Tutwiler, a facility in which there is continual interaction between male staff and incarcerated females. Countless women who have been through Tutwiler have told stories about the constant fear they live under, and how they are regarded with suspicion and routinely punished and humiliated in numerous ways when they report abuse.

In 2014, the Justice Department released its report of findings following the investigation into Tutwiler. In its report, the DOJ said, among other things:

We find that the State of Alabama violates the Eighth Amendment of the United States Constitution by failing to protect women prisoners at Tutwiler from harm due to sexual abuse and harassment from correctional staff…Tutwiler has a history of unabated staff-on-prisoner sexual abuse and harassment. The women at Tutwiler universally fear for their safety. They live in a sexualized environment with repeated and open sexual behavior, including: abusive sexual contact between staff and prisoners; sexualized activity, including a strip show condoned by staff; profane and unprofessional sexualized language and harassment; and deliberate cross-gender viewing of prisoners showering, urinating and defecating.

Since the report was released, the most significant change at Tutwiler has been the replacement of the warden. However, the previous warden was never held accountable and was allowed to retire with full benefits. In addition, the new warden was previously the deputy warden who oversaw a large part of the security during the time these abuses were taking place. Until more fundamental reforms are implemented, there is unlikely to be any meaningful relief for the inmates at Tutwiler.

Physical abuse, sexual abuse, and other forms of guard misconduct are rampant in Alabama prisons, and it is believed that as many as 10% of all state prisoners have been sexually abused during their confinement. If you or someone close to you has been subjected to these conditions, contact Attorney Kira Fonteneau for a free and confidential consultation. Kira has over 13 years of experience standing up for those who have had their civil rights violated, and she was recently named president of the Alabama ACLU. Call our office today at (404) 383-5720 or send us a message through our online contact form.