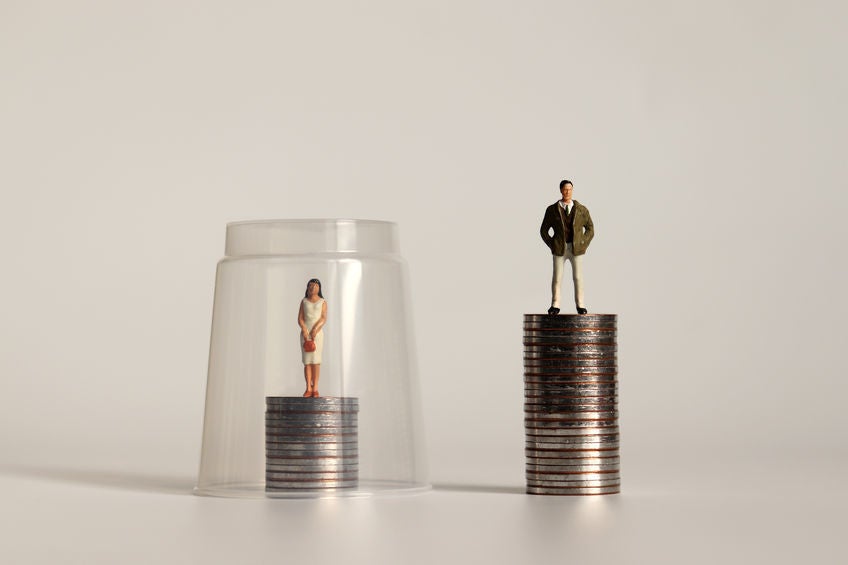 Following Title VII of the Civil Rights Act of 1964, incredible strides have been made furthering gender equality in the workplace. Thanks to the female pioneers who dared to open doors barricaded by society, today's women have more opportunities than ever before.

Though we have seen more women enter industries previously dominated by men, there are still obstacles blocking their career paths that affect both their roles and compensation.

85% of sex discrimination cases include a female on the receiving end of the bias, but whether the victim is male or female, it is illegal for an employer to form assumptions around gender stereotypes and make employment decisions based on those prejudices.

What Are Some Examples of Gender Discrimination at Work?

According to a Gallup poll, 15% of women feel they have been unfairly denied a promotion because of their sex. If you are passed over because a company's clients claim they are more comfortable dealing with someone of a different sex, or if you are laid off while workers of a different sex with less seniority keep their jobs, you may have a case.

Furthermore, 4 out of 10 American businesses have no women serving in upper management. If your position is reduced while employees of a different sex with lower seniority and experience move up in the company, you may be facing sex discrimination.

Last but not least, in many situations, companies refuse to offer women full benefit coverage but give male employees the option to cover their entire family as they are “most likely” to be the family breadwinner. Benefits that are freely given to employees of a certain sex but denied to those of a different sex is illegal and is a prime example of how gender stereotypes infiltrate the workplace.

Who Does Title VII Protect?

While Title VII is recognized as a basis of protection for women experiencing gender discrimination compared to their male counterparts, it may also protect members of the LGBT community from employment discrimination.

It is illegal for employment decisions to be made against any worker who does not meet their employer's expectations of gender stereotypes. For example, an employer may not deny an LGBT person a promotion because they do not look or sound “feminine” or “masculine” enough.

There is currently no federal law that specifically outlaws workplace discrimination by private employers on the basis of sexual orientation, and courts are split as to whether Title VII covers orientation. Additionally, while some states have anti-discrimination laws that include sexual orientation as a protected class, not all states do -- use this map for reference.  Take heart, though - some courts have ruled that Title VII does apply, and the Supreme Court is about to weigh in on the issue,  so you could still have a case.

"The LGBTQ community is the front-runner of the modern Civil Rights Movement," says Barrett & Farahany Partner Kathy Harrington-Sullivan. "Although these cases have few precedents and therefore may be difficult, Barrett & Farahany has never been daunted by taking on the difficult cases. We aren't satisfied with the legal status quo - our goal is to help pave the way to better laws and more comprehensive protections for employees."

What Do I Do If I Think I Have Been Discriminated Against Based on My Gender?

While gender discrimination can be difficult to prove, it's important to take steps that can help protect your career (and that of others in your workplace). If you feel you have been discriminated against, keep detailed records of any incidents that can provide proof.

If you believe you are a victim of gender discrimination, contact us to speak directly with one of our skilled sex discrimination lawyers. Depending on your situation, we can file a complaint with the Equal Employment Opportunity Commission (EEOC), sue on your behalf to break your company's glass ceiling, and recover the remedies owed to you for your hard work and dedication to your job.

Kathy Harrington Sullivan is a Partner at Barrett & Farahany who helps potential clients understand the law, clarify their rights, and determine which steps they can take to protect themselves and their jobs.

Comments have been disabled.