5 Ways to Identify Age Discrimination in the Workplace 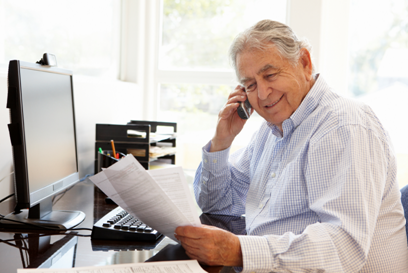 The Age Discrimination in Employment Act (ADEA) has been around since 1967. And while this law was a good step in protecting workers from age discrimination, this type of discrimination is still widespread among employers. In today's workplace, employers do not come right out and say, “you're too old”. Discrimination is much subtler, making it harder to identify and prove.

How Big a Problem is Age Discrimination?

The ADEA prohibits age discrimination among individuals who are 40 years of age and older, and this type of discrimination is most prevalent among workers between the ages of 45 and 74. Time Magazine reports that among this age group:

Age discrimination is especially common in the tech sector, where the median age is 10 years younger than average of all sectors, which is 42. Here are the median ages at some of the large high-profile tech companies:

Ways Employers Discriminate Against Older Individuals in the Workplace

Ageism can take numerous forms and can often be hard to spot. Here are five ways to identify age discrimination in the workplace:

Being Harassed because of Age

If an employer makes fun of you, calls you names, or makes demeaning remarks because of your age, they may be trying to get you to quit. If an employer wants to get rid of you, they would much rather see you quit than terminate you. Otherwise, they may have to pay unemployment, and they are risking an illegal termination lawsuit. Harassment may not always come in the form of employer remarks; this type of treatment could also come from co-workers. If an employer is not willing to discipline employees who engage in age-related harassment, they are contributing to a hostile work environment.

Improvement plans are common in today's workplace for employees that are struggling in certain areas and need some extra guidance to get up to par. Unfortunately, some employers misuse employee improvement plans by using them as a way to harass an employee. If you have had strong employee reviews in the past and suddenly end up on an improvement plan for some nitpicky standard that younger employers in your organization are not held to, this is a strong indication that your employer wants to get rid of you because of your age.

Being Passed Over for a Promotion

As mentioned earlier, about one in 10 older workers have been passed over for a promotion or let go because of age. If you applied for a promotion and it was given to a younger worker who is less qualified than you are, this may be a clear sign of age discrimination in the workplace. Your case is even stronger if there is a pattern at your company of older workers being turned down for promotions in favor of younger workers – with little regard to qualifications for the position.

Being Encouraged to Retire and/or Having your Job “Eliminated”

Many companies offer early retirement packages to older workers. And when a worker turns it down, they often resort to the all-too-common practice of eliminating the position. In a large number of cases, after the position is eliminated, a new position with a different title and similar job description is created and given to a younger worker.

If you start noticing a trend of only younger workers being hired at your company, this may be cause for concern. Many employers today discriminate against older workers during the hiring process by not posting positions in places where seasoned workers are likely to find them, such as newspaper classifieds. Some employers have taken this even further by using algorithms such as those in the Facebook job posting tool to micro-target applicants based on their age, gender, and other factors. An ADEA class action lawsuit was recently filed against T-Mobile, Amazon, and Cox Communication for engaging in this illegal practice.

Age discrimination is alive and well in today's workplace. If you are over the age of 40 and believe you have been a victim of ageism, there are legal remedies available. Be sure to retain as much documentation as possible regarding what happened to you and get in touch with an employment discrimination attorney right away.

For almost a decade and a half, attorney Kira Fonteneau has successfully represented clients in Alabama who have been victims of discrimination in the workplace. Kira has extensive knowledge of this area of the law, and what it takes to prevail with these types of cases. For a consultation with attorney Fonteneau, call our office today at (404) 383-5720, or send a secure and confidential message through our web contact form.