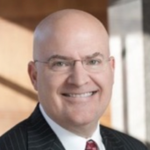 Matt Billips utilizes his comprehensive background in civil rights and anti-discrimination law to not only secure positive results for our clients, but also to train new Associates at the firm.

His dedication to seeking justice for underrepresented individuals is the reason he became a lawyer and has encompassed his entire career. His first job after passing the Bar was in 1988 as an attorney with the Office for Civil Rights of the U.S. Department of Education, leaving to work for the Georgia Association of Educators as a staff attorney and then General Counsel. Since 1994, Matthew has been in private practice, which has remained focused on combating unlawful discrimination. He has amassed extensive knowledge and experience in employment and anti-discrimination laws, including Titles VI and VII of the Civil Rights Act, Title IX of the Education Amendments of 1972, the Americans with Disabilities Act Amendments Act, the Age Discrimination in Employment Act, and more.

Matthew has been SuperLawyer rated multiple times in his career, and he's earned a reputation as an intense litigator who regularly handles cases from the first meeting to the final verdict, and on appeal. He's served as lead counsel on hundreds of cases in both federal and state courts.  He has regularly obtained six and seven figure verdicts and settlements, including a $2.6 million jury verdict in favor of his client in a race discrimination case in a Georgia Superior Court.

In addition, he will be leading the firm's Trial Practice Group. Matthew has previous experience assisting other lawyers, from serving as co-counsel at trial to strategizing on specific litigation concerns and answering legal questions. He has spoken at numerous Continuing Legal Education Programs, is a member of the National Employment Lawyers Association, and previously served as a member of the Board of Directors for the Georgia ACLU. He majored in philosophy and minored in political science before earning his law degree from the University of Tennessee in Knoxville.

Outside of the law, Matthew has been politically active since he was a teen and worked on his father's campaigns for local office in Tennessee. As an undergraduate, he spent a summer working in the campaign headquarters for Al Gore, Jr.'s first Senate campaign and, in law school, was elected as President of UTK's Graduate Student Association. As General Counsel for GAE, he was part of its legislative effort, including drafting and reviewing proposed legislation and, on occasion, testifying before the Georgia General Assembly.