What to Expect When You File a Discrimination Case 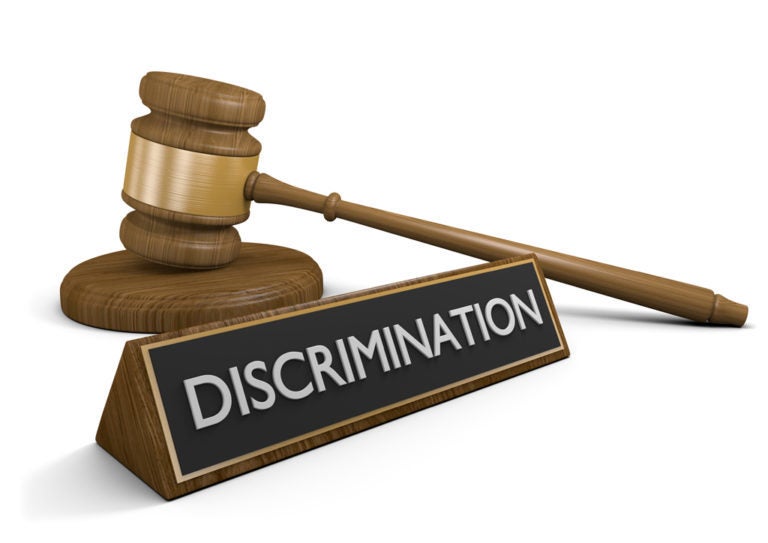 When you have been the subject of employment discrimination, it can be difficult to know where to turn. Complex federal and state laws often create hurdles and obstacles. Employers certainly do not make it easy. Family and friends may be full of seemingly good advice, but when it comes right down to pursuing justice, victims often find themselves all alone. Kira Fonteneau wants you to know exactly what to expect when you file a discrimination case against an employer.

It is hard to say your company was in the wrong if you never gave them a chance to do right. So, notify your superior or human resources department right away. It is best to put something in writing. Keep a log book or journal, and write down the name and title of the person you informed about your discrimination. Creating a paper trail is crucial. If your complaints go unanswered and the problem continues (or gets worse), proceed to step 2.

Before you can just go to court and file a lawsuit, there are some administrative steps you must take.  This involves filing a complaint with the EEOC. Each area has its own local agency that is tasked with handling the complaint process. The EEOC is strict about how long you have to file, however. In many states, there are extended deadlines for filing. Not so in Alabama. As the EEOC makes very clear, you have just 180 days to fileyour complaint.

Unless you are close to the deadline to file, you should call Kira to see if the firm can assist you with filing a Charge of Discrimination.

EEOC, while a fine government entity, is still the government. There are inefficiencies and bureaucratic issues that can delay progress. The EEOC will investigate your complaint, talk to witnesses, and attempt to resolve the matter without court intervention. During this process, here are some tips for you to keep in mind:

Chances are pretty good that the EEOC will not be able to determine that discrimination occurred. This does not mean it lacks merit; it just means the EEOC gets a lot of cases and tends to deny many of them. If the EEOC cannot resolve the claim, it will send you a letter advising that you now have the right to file a lawsuit under Title VII. You will only have 90 days, though. This is a very short amount of time to prepare and file a lawsuit, even for highly skilled attorneys. Hence, it is usually a good idea to speak with an experienced discrimination lawyer well in advance of this point.

Keep in mind that the EEOC can actually represent you and file a lawsuit on your behalf.  However, it is very expensive, and the government is limited in how many cases it can pursue. It generally focuses on more serious, politically charged, or highly publicized cases that may have precedential effect. In other words, the EEOC prefers to take cases that could lead to sweeping changes.

Right to Hire Your Own Attorney

If you have a potential discrimination case against your employer, you have a right to hire your own attorney to work with you to navigate the system and move your case forward, whether through an EEOC resolution or through a federal action in court. At Kira's firm we focus our efforts on representing workers who have faced discrimination, harassment, wage violations, or who are facing complex labor disputes with their employers. If you need help, call us as soon as possible so we can begin helping you build your case today.

Highlights How Teens are Impacted by Sexual Harassment

When most people think about discrimination and sexual harassment, they tend to think of adult professionals who are passed over for promotions or subjected to sexual advances by high-powered executives. However, a current case pending before the Equal Employment Opportunity Commission (EEOC) highlights the realities of sexual harassment and how even younger workers can be impacted.

The attorneys of The Fonteneau Firm LLC represent clients throughout Alabama who face discrimination, harassment, and labor rights violations. Call today if your rights are being violated.

A little over a month ago, the EEOC filed suit against an Alabama Arby's franchise owner, Beavers', Inc., alleging among other things that the franchise (and Arby's) had ignored repeated complaints of sexual harassment against female employees. According to the complaint, the franchise company knowingly hired a male employee who had a history of sexual harassment. Allegations go on to explain that this male employee was hired as a “team leader trainee,” who began pressuring female employees to engage in sexual relations with him. The graphic and detailed allegations even claim that he “attempted to follow employees home.”

Teenagers Among the Victims

What makes this story even more troubling is that among the victims are a number of young workers, some of whom were just teenagers at the time. These teens allegedly reported the harassment to superiors but received no support or action. Ultimately, it is claimed that one of the victims was actually physically injured by the accused harasser.

The case, EEOC v. Beavers' Inc., d/b/a Arby's, Case No. 1:18-cv-00150, is pending before the U.S. District Court for the Southern District of Alabama. As a press release from the EEOC reports, Beavers', Inc. is a Florida company that operates 51 franchises throughout the southeastern U.S.

Some people think of sexual harassment as harmless fun of “just joking,” but the key distinction to remember is that it becomes sexual harassment when there are unwelcome sexual advances or the environment becomes hostile and it affects your ability to work and carry on your daily tasks.

The American Association of University Women (AAUW) released a comprehensive report in 2011, which chronicled the results of a survey of almost 2,000 individuals nationwide. The results were astonishing. Nearly half of all women surveyed reported being sexually harassed as a teenager, whether in school or at their jobs, many of which were part time or low-paying jobs frequently held by high school students. The survey results also illustrated the harm one by these events, as 87% of those who reported harassment felt that it had a negative impact on their lives.

Simply put, no one should be forced to tolerate this type of behavior, especially not children and young teenage adults. Such behavior teaches an early and damaging lesson that is hard to unlearn.

Fighting for Your Rights

If you have been the victim of workplace harassment, discrimination, or unwelcome sexual advances, contact an experienced team of Alabama employment discrimination lawyers who can answer your questions and guide you through the challenging maze of laws that apply to harassment claims. Our team has over 15 years of collective legal experience that they can put to work for you. Call today to schedule a completely free and private case consultation. There is no charge for meeting to discuss your case, so put your mind at ease and find out your options today.