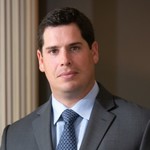 Michael S. Wilensky is the Lead Litigator of the Wrongful Death / Serious Injury Litigation Team at Barrett & Farahany. Michael's practice is devoted to representing clients who have sustained serious injuries or who have suffered the loss of a loved one through wrongful death. An equally significant portion of Michael's practice is dedicated to litigation matters, including claims of sexual harassment, violations of the Family and Medical Leave Act (FMLA), and gender, pregnancy, race, religion, age, and disability discrimination.

In addition to his law practice, Michael was elected to the Georgia House of Representatives in 2018 and currently represents District 79, covering Dunwoody, a part of Doraville, and a small area of Chamblee. He is a member of the Judiciary Committee, the Intragovernmental Coordination Committee, and the Budget and Fiscal Affairs Oversight Committee.

Michael is a member of the American Association of Justice, The Dunwoody Bar Association, and the Rotary Club of Metro Atlanta. Michael is also on the Anti-Defamation League's Southeast Regional Board and their Civil Rights Committee and is an Arbitrator for the State Bar of Georgia Fee Arbitration Program.

Michael is past HOA President of Ashford Chase and Past President of Brotherhood at Congregation B'nai Torah. He is a past member of The Posse Foundation Leadership Committee, Georgia Trial Lawyers Association Legislative Committee, The Dunwoody Farmers Market Committee, and The City of Dunwoody Sustainability Committee.