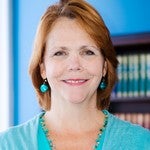 Holly Bradfield was drawn to the practice of law because she has always wanted to take a stand for the underdog. She works diligently within the system to help people who are in vulnerable positions. Holly provides advice to people about what their rights and options are when faced with a workplace legal issue. She wants her clients to know how to best protect themselves and their employment.

Holly has practiced law for more than 20 years and joined Barrett & Farahany in 2019.

Holly also has a background in Public Health and has extensive experience working with non-profit organizations focused on maternal health and health inequities in developing countries. As Director of Public Health and Gender Issues with Disaster, Logistics, Relief, Ltd., Holly traveled numerous times to Haiti to work with internally displaced populations. She also worked with Doctors Without Borders helping inhabitants at a refugee camp in Lesvos, Greece.

Holly has served on the Board of Directors for the Commission on Children and Youth, the Sexual Assault Center of Northwest Georgia, and the United Way. She has volunteered with the Center for Refugee and Immigrant Children and Habitat for Humanity.

In her spare time, Holly enjoys spending time with her family which includes her rescue dogs, traveling, horseback riding, and kayaking.