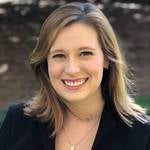 Grace Starling is an associate at Barrett & Farahany, focusing her practice on representing workers in employment law matters. She understands the impact that a compassionate and prepared attorney can have on a client. Grace balances grit with a collaborative approach as she strives to make sound and strategic decisions that achieve the goals of her clients. These qualities, combined with her successes, led her peers to nominate her for the 2022 Edition of the Best Lawyers Ones to Watch in America awards.

Before joining Barrett & Farahany in July of 2020, Grace spent a year as a staff attorney with the United States Court of Appeals for the Eleventh Circuit in Atlanta and worked as a summer associate for a boutique trial firm in Atlanta. She is admitted to practice in the Northern, Middle, and Southern Federal District Courts of Georgia, the Georgia State and Superior Courts, the Georgia Court of Appeals, and the Supreme Court of Georgia. She is also a registered mediator with the Georgia Office of Dispute Resolution.

Grace earned her law degree, magna cum laude, from Georgia State University College of Law, where she was in the top 10% of her class. She also received several honors and awards during law school, including the Highest Pro Bono and Public Service Distinction, the Excellence in Professional Responsibility Award, the CALI Excellence for the Future Award in Professional Responsibility, and the Best Brief Award in Lawyering Advocacy. Grace was also a pupil in the Bleckley Inn of Court. As a member of the Georgia State University College of Law Moot Court Team, she competed in Emory's Civil Rights and Liberties Moot Court Competition on the 2017 quarterfinalist team with fellow Barrett & Farahany attorney Catherine Gavrilidis as her partner and on the 2018 semifinalist team with Catherine as her coach.

While in law school, Grace organized and facilitated a groundswell of citizen engagement at the state and national level focused on lobbying against legislation that would harm sexual assault/gender-based violence survivors. Grace has spoken nationally on the ways in which governments can proactively work to support survivors through well-rounded legislation. Grace's legislative and community organizing experience has strengthened her belief that with hard work, determination, and a firm grasp of the law, there is little that advocates cannot accomplish. Grace continues to advocate for public policy that improves the lives of others.

When she is not practicing law, Grace is likely to be found in her garden or spending time with her family, friends, and pup, Noah.