Obayashi Construction hired James Andrews as a miner. As Andrews worked underground creating the Atlanta sewer system, he was harassed by his supervisors and co-workers. On an almost daily basis, Andrews's supervisors and co-workers referred to him using severe racial slurs. When Andrews complained to his boss, his boss told him “they were hanging you people in Alabama a few years ago – get over it.” At his next shift, his boss fired him. Andrews filed a charge of discrimination with the Equal Employment Opportunity Commission. While represented by Barrett & Farahany, the EEOC determined that James Andrews was retaliated against for his complaints of racial harassment.Then NAACP also became involved in the case, and Fox 5 News covered the story. 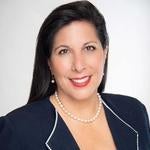