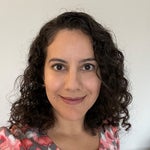 Ángela's passion is to listen to those without a voice and to counsel and empower those who have been wronged with the tools they need to achieve justice.  She believes that employees should be treated fairly and works diligently to educate employees about their rights in the workplace.

Ángela has devoted her legal career to helping the poor and disenfranchised.  Prior to first joining Barrett & Farahany in 2015, she was a Legal Aid attorney.  In that capacity, she served people with low-income in areas such as family law, housing, and public benefits.  During the Covid-19 pandemic, she assisted individuals with their unemployment claims with the Georgia Department of Labor.  She also assisted kinship caregivers with issues of custody and public benefits.

Before becoming an attorney, Ángela was a school teacher in New Hampshire and worked in HR consulting in Boston.  She earned her MBA in Human Resources and her law degree from Georgia State University. She was admitted to the State Bar of Georgia in 2011 and is a member of the National Employment Lawyers Association.

Originally from Colombia, South America, Ángela has lived in multiple countries and speaks Spanish, English, and French fluently.  She earned her international baccalaureate from a United World College in Canada and then her undergraduate degree in Psychology and French from Grinnell College in Iowa –both while on full academic scholarships.